This indoor complement emits invisible electromagnetic waves to expel insects, mice, rats, mosquitoes, ants, spiders, cockroaches, and other insects without killing them. Please note that our ultrasonic repellents work between 3 and 4 weeks to affect depending on the amount of infestation. Then we can say goodbye to pests and mice.

More Comfortable For Child And Pets:

The product is effective in an indoor area up to 1600 sq. ft. It's widely used in homes, warehouses, offices, gardens, hotels, etc. We recommend you install one for each room because the ultrasound cannot penetrate walls and solid objects. But for areas with serious Vermin, we suggest installing two or more devices for other rooms. They aren't practical for other rooms if you install devices in one room.

Just plug the control repellent into the socket. Please make sure to install it vertically 7-31 in away from the floor. And make sure there are no barriers like curtains or cabinets covering in front of the repellent. Most customers can see the results within 2-3 weeks! Then we can say goodbye to Vermin!

The ultrasonic sound is inaudible to humans and pets and gives you a safe environment. The ultrasonic pest repellent repels pests away without killing them; say goodbye to mice traps, glues traps, roach motels, and insect sprays. No need to clean up dead pests, no more need to call a pest control technician for help and no battery required.

Based on physical pest controlling technology, the typical results can take 3-4 weeks, depending on the severity of the pest infestation. Please note that the pests will generally increase at the beginning of the using days because they get away from the living place after the ultrasonic attack!

I was a skeptic and figured anyone can make a product with a little light and tell you to keep the faith that it's working LOL Well I was having a rodent problem and every day I was finding the hole after I filled it in, put traps, and even put poison and then stressed for days about it. SO I bought these and plugged them in and it took about 2 days and the hole stopped being dug after I filled it in so I think they really do not like the sound. I have exotic birds out there and they dont' seem to be bothered by it. Although one note Inside my house I have african greys and usually they are obnoxious in the morning and since I plugged one in inside the house they are not screaming in the morning . I am watching them to make sure they are not uncomfortable from it. 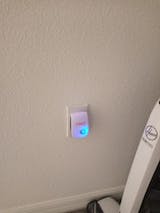 I do not have any "dislikes." I like everything about the product, from performing as advertised to making me a believer! I was just like most, a "yeah right, attitude" but when you have these problems what do you have to lose, right? Especially after everything else you've tried failed. I said "they're inexpensive and I 'am use to the problem so, let's see.

I saw much more than i expected! It was like each day I could see the results advertised! First, yes, more appeared, then not any. the noise in the walls seem to lessen day after day. I even walked upon a dead mouse shortly after and I knew then I was home free! And I am!

In a 2 weeks period, no mice sighted(when before it was Iv nightly things for years) Not a sound from within the walls have been heard for about 2 months now. After vacuuming the droplets months ago, i've never had to that again because the mice are gone(you can't have one without the other)

In my opinion, most things don't work as advertised but I've found is an exception. It delivers as promised, all the way! If you are doubtful ,so was I. As the product made me a believer, you will be as well.

An important note I would like to emphasize. like it says per the instructions, you can't have the item plugged in too close to carpet or hiding behind drapes, that's counter productive. Keep that in mind and experience the success "Pest Repeller" promises 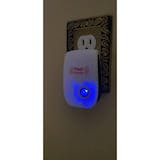 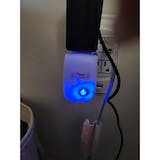 I do not do roaches! These seem to work. I recommend them. 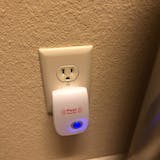 I have no idea what thickness and warmth have to do with this product. I can tell you I plugged two of them into my garage one in my study and, just for experimentation, one outside near my water fountain. They effectively got rid of all but one chipmunk (who I assume is deaf), cleared out the mice hiding in the garage and the insects are all but gone. I have been pleased with their performance, particularly with the eradication of all the chipmunks. It was obvious that my 20 year old units were no longer working effectively so these units were a surprisingly great buy. 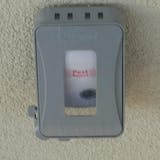 As other reviewers pointed out - there seems to initially be MORE varmit activity when you first install these...but after a few weeks the critter it was meant to chase off, seems to be gone. It took about 5 nights and adding a couple of spring traps...but they do seem to be working. I ordered another 6 pack of another brand because these seem to no longer be available and I wanted to put a couple in all my rooms and a couple outside which my friends who recommended them has done with good results. I say--give it a try! I hate killing rats and mice--but if it's them or me...it's gonna have to be them! Will be curious to see how they do in the actual winter when these little guys are more likely to show up... Very easy to use. Just take out of the box and plug in. No batteries. No fuss. 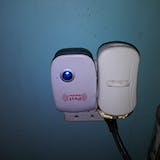